You are here: Home / Uncategorized / Violence & trauma: Q & A with Professor Mark Berg

But Berg enjoys reading, writing and teaching about complex issues. For him, the process of developing research questions around the origins of health and behavior – and testing them with data – satisfies his curiosities. His recently published work has examined interpersonal disputes, the development of aggressive behavior, and how trauma determines poor health outcomes over a lifetime.

Berg teaches at the UI Department of Sociology and is the Director of the Crime and Justice Policy Research Program at the UI Public Policy Center. He is also on the executive committee of the UI Injury Prevention Research Center where he has a pilot grant looking at adverse family/neighborhood conditions on the development of youth violence.

Here he talks more about his work and what motivates him. 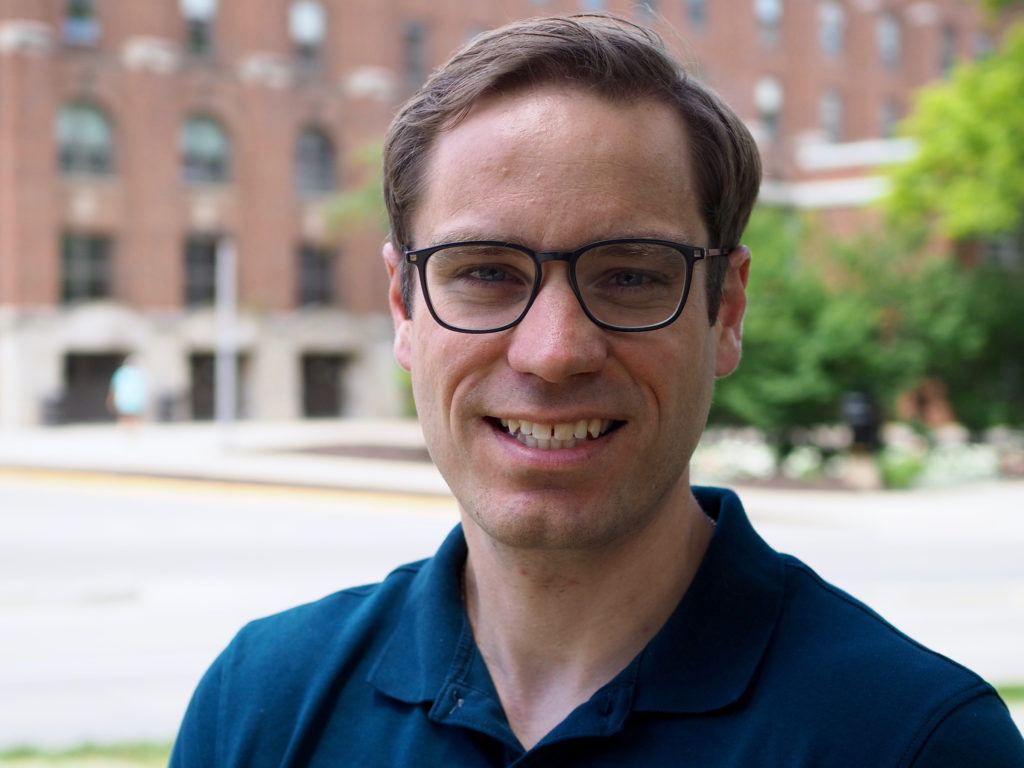 What motivates you to focus your research on understanding the origins of violence?

Violence is complicated. It is found in all societies. It varies across time and geographic space and among individuals and situations in puzzling ways. Fortunately, we have a reasonably good body of theory to serve as a roadmap for inquiry. But to properly understand the origins of violent behavior one must adopt an objective social science lens. The study of violence is pulled by strong ideological currents that sometimes hinder scientific fact-finding.

What are some of the latest trends in violence in the U.S.?

Generally speaking, rates of non-lethal and lethal violence in the U.S. declined substantially from the mid-1990s through 2013 and 2014. The decline in homicide was mostly limited to adolescents and young adults – the same group that suffered the sharpest rise during the early 1990s. These downward trajectories in serious violence have been marked by periodic brief upswings in violent events. For instance, homicide rates surged substantially in 2015 and 2016 across many demographic groups and geographic locations. It has since receded in most places. There is some evidence that conflicts are becoming deadlier, which might explain some of the recent homicide surge.

What are examples of stressors and traumatic experiences in childhood that you consider in your research?

My research in this area focuses on exposure to harsh parenting practices including abuse and neglect as well as community violence, parental incarceration, acute poverty, family conflict, food insecurity, and racism. Broadly, I am concerned with stressors that are chronic, acute, uncontrollable, and generally unpredictable.

Why is childhood and adolescence such an important time with respect to health later on in life?

Many scholars consider the early years of life including childhood as the “critical period” of development during which time biological systems are calibrated to prepare for future environments. The structures of the brain, endocrine, immune, and nervous systems develop their core foundations but remain plastic. During the early years of life they are perhaps most susceptible to programming from the social environment. There’s a strong body of evidence which suggests that experiences during the critical period can leave a lasting imprint on adult physical health.

What does the research tell us about how social supports and positive life events in childhood influence our lives?

Studies suggest prosocial supportive roles and social experiences can buffer the adverse effects of early life-traumatic exposures on adult health outcomes. A traumatic childhood is not destiny. However, another stream of research suggests individuals exposed to problematic childhoods are less capable of reaping the health benefits of supportive, prosocial experiences during adulthood. This suggests some destiny. These effects are observed in self-reported health and health biomarkers such as circulating inflammatory markers.

What do you find rewarding about your work?

I enjoy the intellectual conversation surrounding the topics I study. Perhaps in a very small way my work helps to inform the public discussion about pressing social issues that affect all of us in one way or another. This is true whether I study the developmental life course, interpersonal disputes, neighborhood effects, or larger-scale analytical units.

Read about Berg’s recent participation in a community forum on gun violence in Dubuque, IA.