Many U.S. veterans experience chronic pain from injuries sustained during their active duty and suffer from mental health conditions such as post-traumatic stress disorder (PTSD). According to the U.S. Department of Veteran Affairs, an average of 17 U.S. military veterans die by suicide every day.

Several researchers at the University of Iowa are studying injury & violence issues among veterans, including opioid use disorder/overdoses, suicide, traumatic brain injuries (TBI), and sexual violence during military service.

Sexual assault in the military

Since 1995 Anne Sadler, professor in the UI Department of Psychiatry and Veterans Administration (VA) researcher, has examined what puts military members and veterans at risk for sexual assault and its health consequences.

Of the nearly 1,000 military service women surveyed in one of her studies, as many one-fifth reported having guns/weapons nearby after returning from deployment to feel secure.

“Our work has shown that following post-9/11 deployments, women experiencing combat exposures and/or sexual assault during military service [compared to those who don’t] are more likely to patrol their house with guns in order to feel safe, raising concern for their risk of suicide and unintended injuries,” she said. 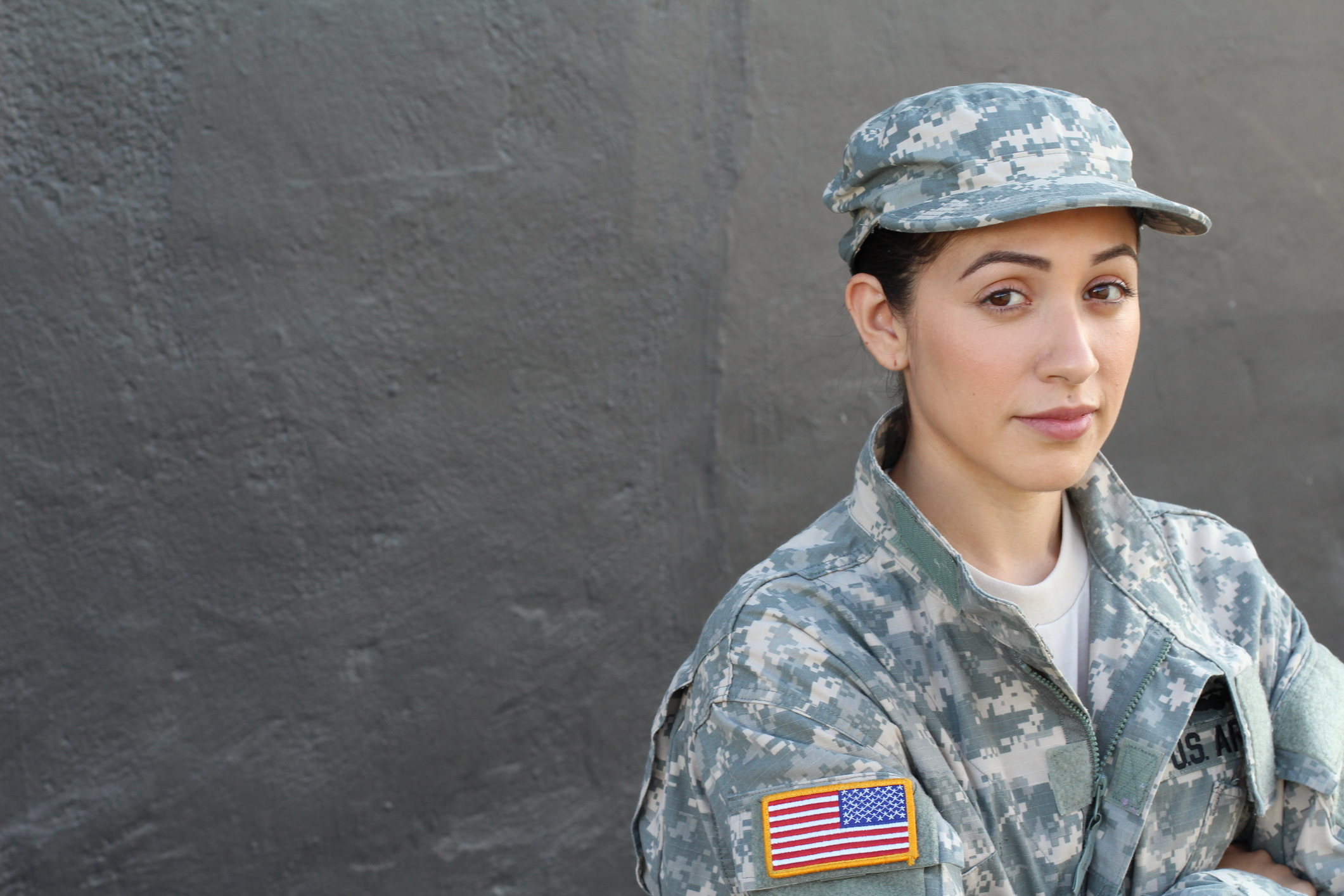 According to the Department of Defense Fiscal Year 2020 Sexual Assault Report, released in May 2021, nearly 6,300 service members reported sexual assault experiences during military service in the last year. Such assaults occurred in over 6% of military women and around 1% of military men, and rates have continued to increase over the past three years.

Sadler said, “While this trend hopefully represents improved assault reporting options, these numbers also indicate that sexual assault remains a persistent public health concern for the men and women who serve our country.”

Sadler’s research team (including James Torner, Brenda Booth, Brian Cook, Michelle Mengeling, and Brad Doebbeling) have repeatedly found that military service members continue to identify substantial barriers to reporting assault, such as reprisal and harm to their careers, and that the assault perpetrator is often someone above them in their leadership chain of command.

Experiencing repeated incidents of violence is common during active military duty, Sadler said, and the effects are both severe and long-lasting.

“In one of our studies, we found that women veterans reported severely decreased health-related quality of life more than a decade after they experienced sexual and/or physical assault during military service,” Sadler said. “They acknowledged limitations of their physical and emotional health, educational and financial attainment, and significant, recurrent problems with their ability to work and participate in social activities.”

In addition, her team found that women sexually assaulted during their military service and/or over their lifetime are more likely to have significant adverse gynecologic health issues than their peers not experiencing such assault – such as overactive bladder, infertility, sexually transmitted infections – and they are more likely to suffer depression, substance use disorder, binge drinking, eating disorders, and PTSD.

“We found that one in four of our sexually active women veteran study participants under the age of 52 years reported painful sex,” Sadler said. “Sexual pain was significantly associated with even a single completed sexual assault during women veterans’ lifetimes.” 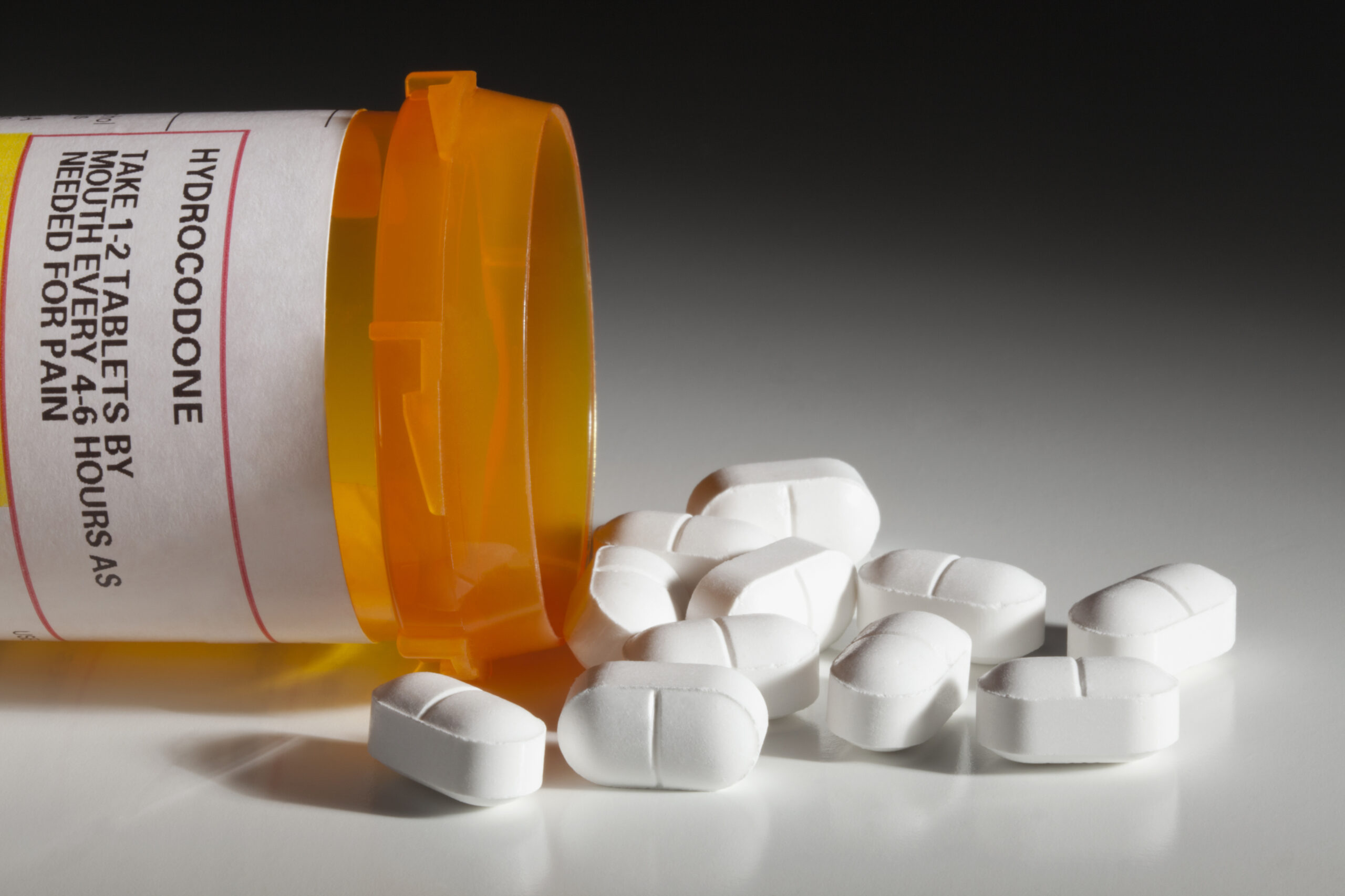 Mark Vander Weg, professor and head of the UI Department of Community and Behavioral Health, is an investigator with the Center for Access & Delivery Research and Evaluation with the Iowa City Veteran Affairs (VA) Health Care System. He said veterans are at greater risk than the general population for developing an opioid use disorder (i.e., dependence on prescription opioids) due in part to their high rates of pain conditions, like musculoskeletal pain.

Vander Weg said, “As many as 50% of veterans who receive care through the Veterans Health Administration suffer from one or more chronic pain conditions, a rate that is much higher than what we see in the general population.”

In recent years, Vander Weg said, the VA/Department of Veterans Affairs has greatly expanded the use of non-pharmacological treatment for chronic pain, including psychological approaches such as cognitive behavioral therapy, acceptance and commitment therapy, guided imagery, relaxation training, and mindfulness strategies, as well as physical therapy, exercise, chiropractic care, yoga, and acupuncture.

“Providing other forms of pain care is absolutely crucial, both for addressing the opioid epidemic as well as for improving the well-being of veterans and others with pain conditions,” he said. 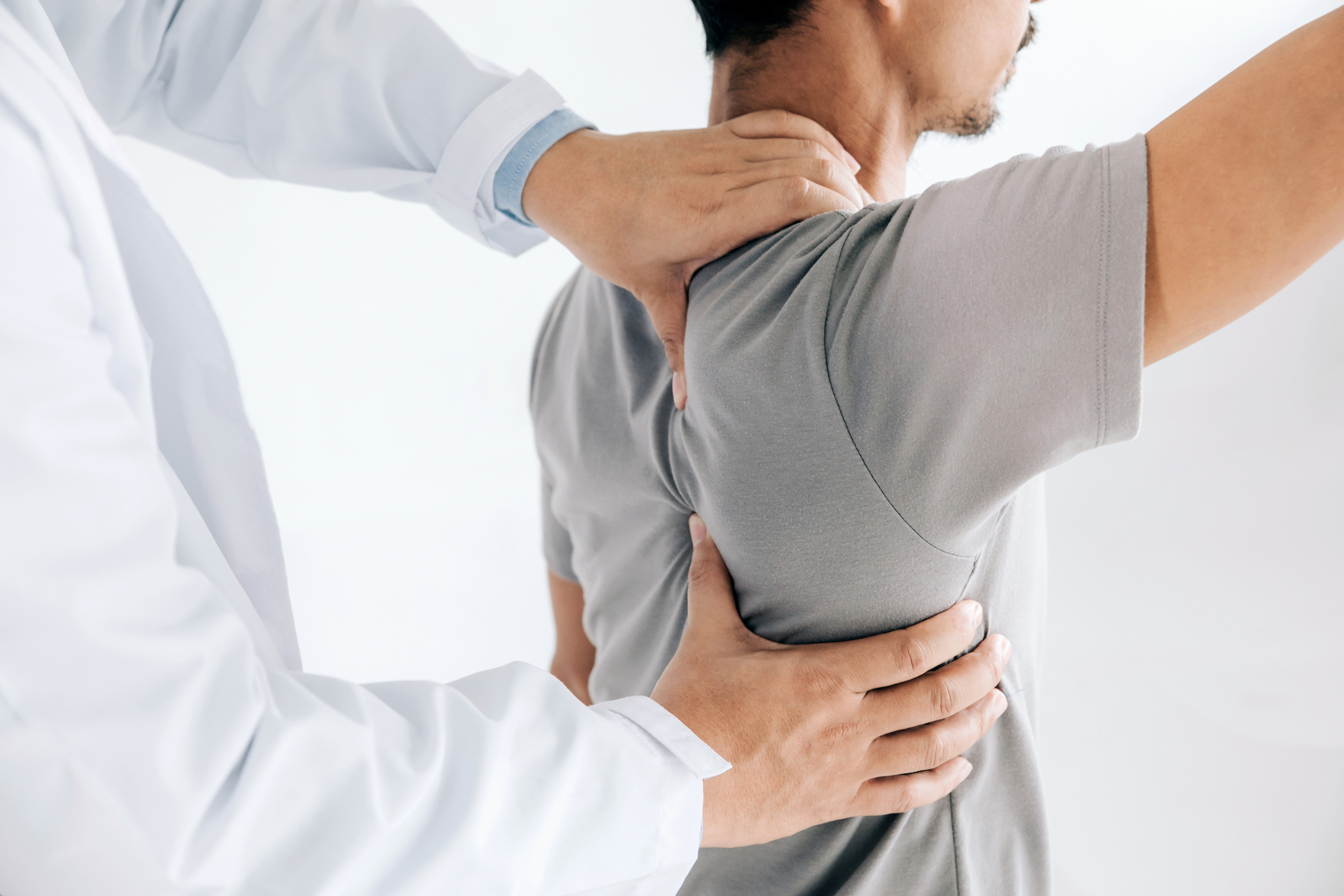 Daniel Corry, a PhD student in the UI Department of Epidemiology, said active military members are also at an increased risk of a traumatic brain injury (TBI) which can range from 11 to 23% among those deployed. He is studying how the COVID-19 pandemic has affected the mental health and overall health-related quality of life in veterans with a history of TBI.

“The veteran population is at an extreme risk of developing symptoms of mental illness when coupled with an increased prevalence of TBIs,” he said.

Veterans have high rates of depression, anxiety, and PTSD, Vander Weg said, so they have a greater risk of developing an opioid use disorder than the general population. According to the National Center for PTSD, more than two of ten veterans with PTSD also have a substance use disorder.

Priyanka Vakkalanka, an assistant research scientist in the UI Department of Emergency Medicine, recently completed her PhD dissertation focusing on veteran substance use, mental health, and suicide. She said psychiatric conditions and homelessness among veterans are each associated with lower rates of staying with OUD treatment and higher rates of death by suicide and/or from an overdose.

Vakkalanka’s research found that the first 2-4 weeks after veterans with an OUD discontinue treatment for their disorder may be a period of elevated risk of an overdose or death from an overdose.

Telehealth (receiving care through videoconferencing) may be a tool for veterans and their providers in managing OUD, Vakkalanka said, as it can improve access to mental health specialty care, reduce delays in care, and lesson the need to find transportation to care.

“In some of our work, we are observing that telehealth improves treatment retention, and that staying on treatment improves mortality outcomes up to five years from starting treatment,” she said. 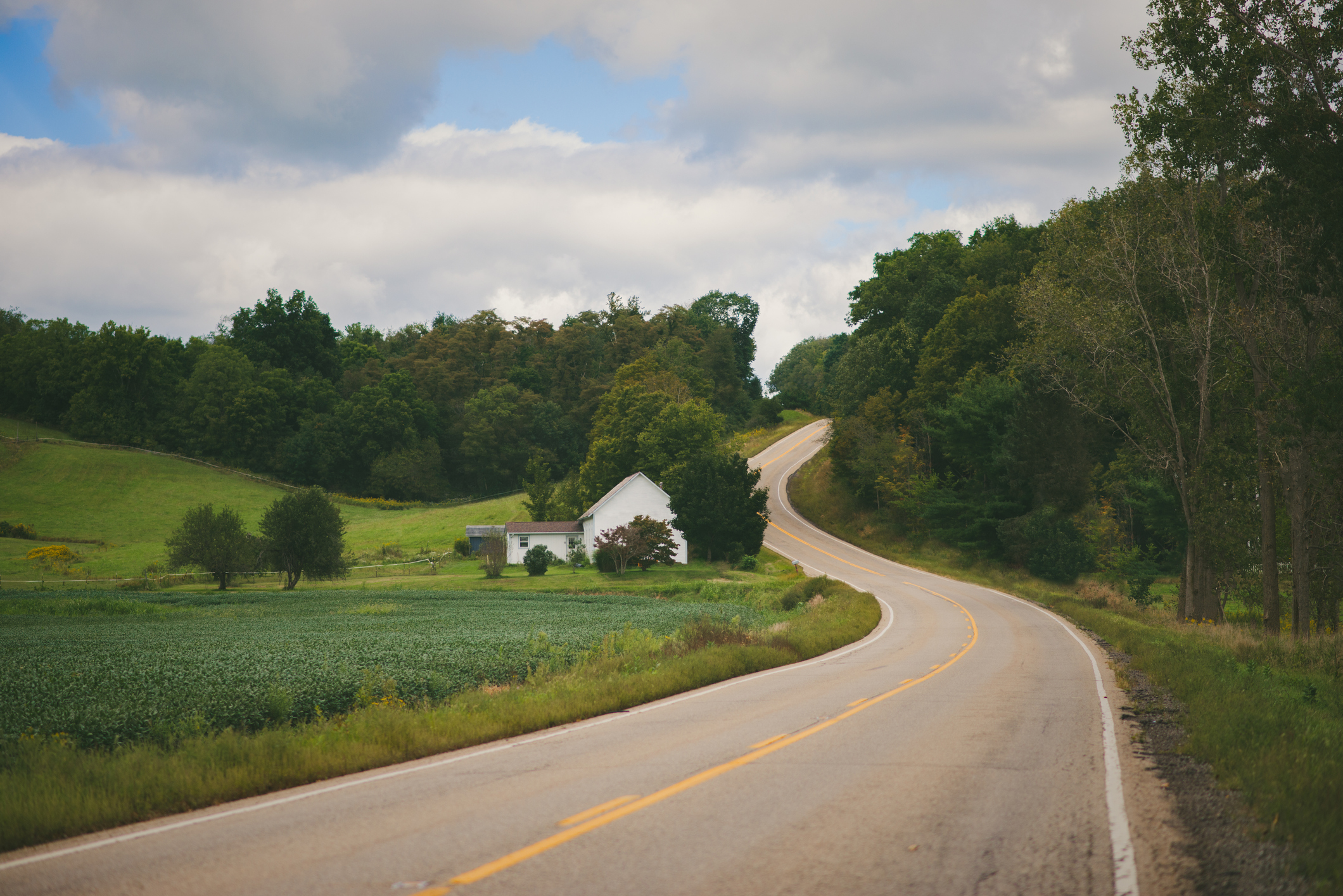 Nearly 25% of U.S. veterans return from active military duty to live in rural communities where accessing healthcare is more challenging than in urban areas.

In rural areas, Vakkalanka said, access to mental health care may be cumbersome depending on the frequency and duration of treatment, availability of counselors and providers, and distance to the provider.

“Also, rural areas struggle with long-waiting lists for medications for opioid use disorder, and the combination of higher rates of opioid prescriptions, substance dependence, and fewer treatment options is a continued challenge,” she said.

Vander Weg said veterans who live in rural areas often find it difficult to access more specialized care in their local communities where local care may not have staff trained to deliver these services. Fortunately, he said, the VA and other healthcare systems have been pursuing alternative models of care delivery, such as self-management strategies for pain using mobile technologies and receiving care from a non-VA provider in their local community.

“Collectively, these efforts have greatly expanded the ability of many rural veterans to access evidence-based non-pharmacological pain management care who may otherwise have difficulty getting those services due to travel distance.”