You are here: Home / Uncategorized / Staying safe on the farm

Farming is vital to our society by providing food and raw materials, but comes with unique hazards that put farmers, their families, and farm workers at risk for injuries and death – both which are preventable.

Agricultural injuries are higher than other industries, and the agricultural industry has one of the highest death rates in the U.S. Hazards and hazardous environments exist whether working or living on a farm and lead to injuries or death from falls, grain engulfment & entrapment, suicide, farm equipment crashes with vehicles on roadways, machinery, animals and more. Immigrants who make up the majority of hired agricultural workers in the U.S. may be more vulnerable to job-related injuries.

Time is essential when traumatic injuries occur, but UI research found that it takes more time for agricultural workers to reach proper medical care than other rural workers. Longer time between when farm workers are injured and when they are discovered by someone can lead to delays in calling for help (e.g., ambulance).

For over 30 years the Great Plains Center for Agricultural Health (GPCAH) has been preventing agricultural injuries and improving health & safety in agricultural communities. The center conducts agricultural research, trains students and agricultural professionals, and promotes prevention strategies with farm safety partners across Iowa and a 9-state region (IA, IL, KS, MN, MO, NE, ND, SD & WI). GPCAH is housed at the University of Iowa (UI) College of Public Health and funded by the National Institute for Occupational Safety and Health (NIOSH).

Renee Anthony, GPCAH Director, said “The research we conduct focuses on important risk factors to understand and improve the health and safety of our region’s farmers and their families.  Information learned from these studies are incorporated into outreach activities and educational programs.  To reach the agricultural community in real-time, we provide updates on lessons learned through podcasts and newsletters.” 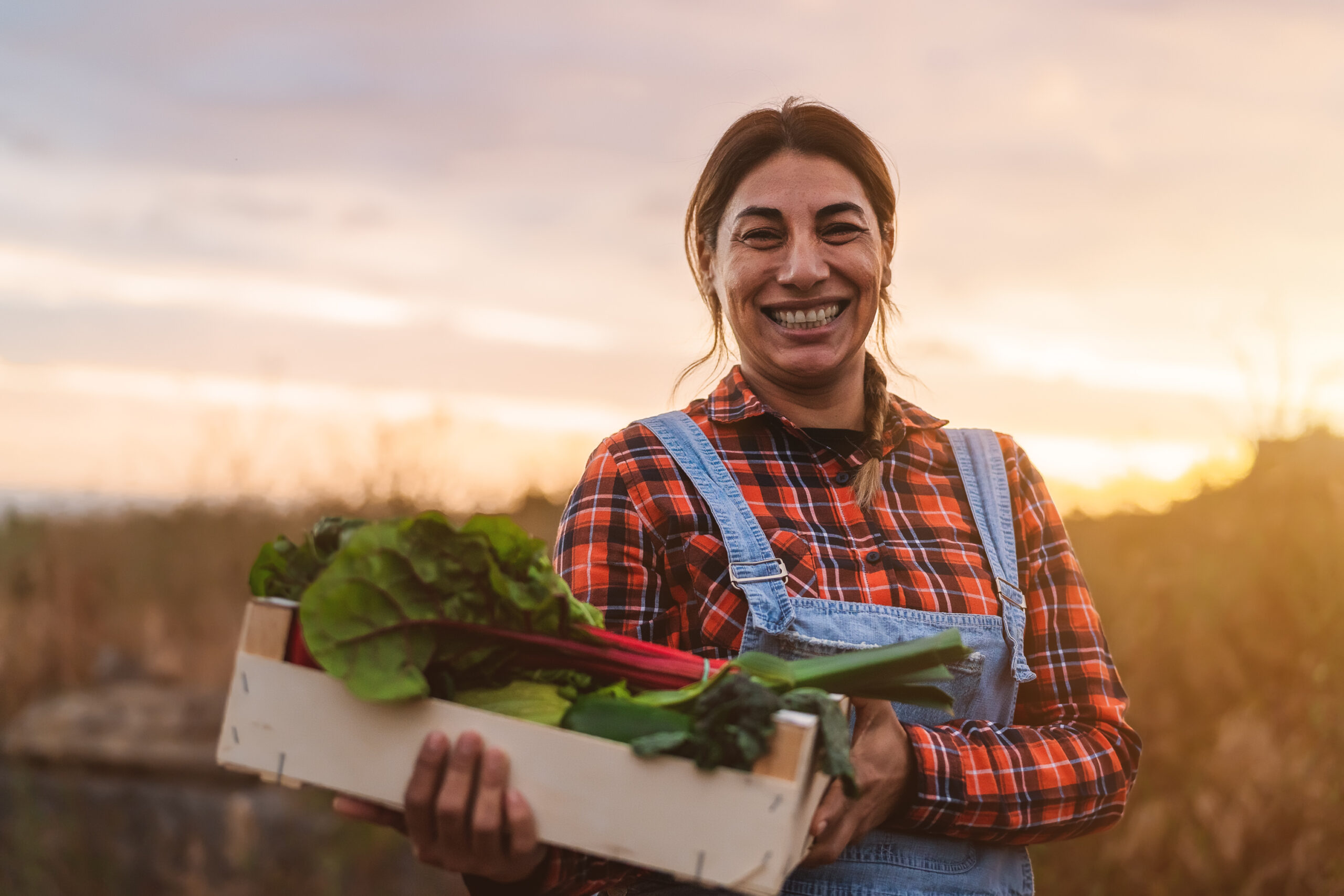 UI research found that injury death rates were higher in crop production than in animal production (15.9 vs. 10.8 per 100,000 workers). GPCAH has developed and piloted a new agricultural hazard assessment checklist app for smartphones and tablets to help farmers and other users identify how to make the farm a safer place to work. For example, the app can help identify the level of compliance of farm equipment and buildings to safety standards and the presence of safety measures such as proper lighting and markings on tractors, hand railings in lofts, and emergency off switches in grain bins.

Sharing the stories of individuals who have been impacted by agricultural injuries, injury deaths and close calls can help promote the importance of safety and prevention on farms.

Here are some risks agricultural workers face and ways to stay safe on the farm.

Falls on the farm

Older adults are at high risk of falling and one-third of U.S. farmers are over the age of 65. Elderly agricultural workers have a higher frequency of deaths from agricultural injuries than younger ones.

The GPCAH analyzed case reports in the Iowa Trauma registry (2014 – 2017) of farmers and other workers injured on the farm. Falls accounted for one in five emergency room visits, and 52% of individuals who fell had broken bones. Farmers and farm workers have required medical treatment from falling from high places (ladders, tractors, machinery, structures), but 20% of injuries were from tripping when working at ground level.

The GPCAH is finalizing a falls prevention toolkit geared toward reducing injuries on farms which will be available in Fall 2022. The toolkit will provide handouts and training materials to highlight where falls occur and how to prevent them.

Read a personal story of a fall on the farm. 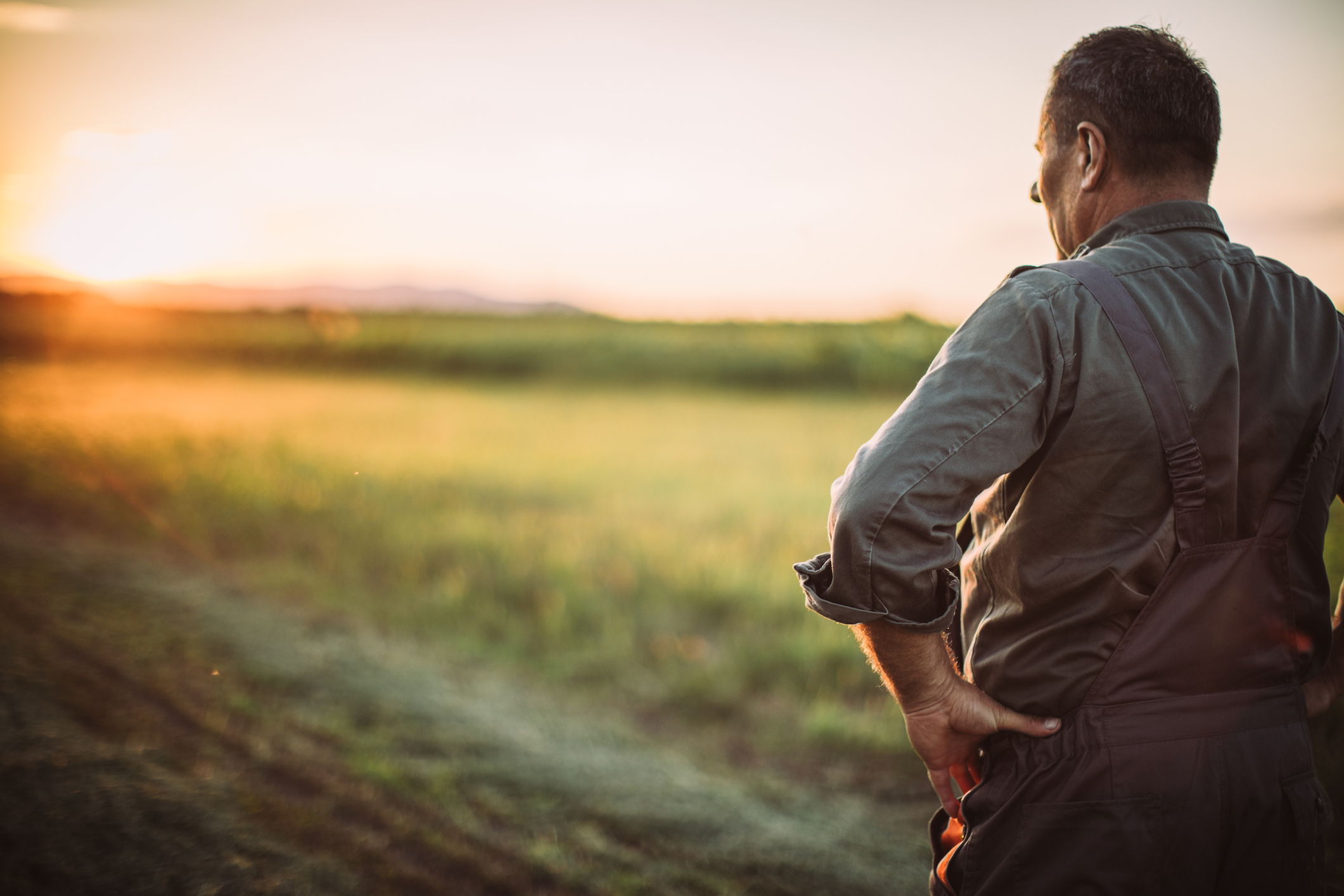 Farmers face uncertainty in their profession from economic conditions to weather events that can affect their crops. Lack of mental health services in rural areas or not seeking help or treatment for mental health issues puts individuals at risk for suicide. UI research found that suicide rates among U.S. farmers are higher than other occupations and have remained high for decades.

A 2021 poll by the American Farm Bureau Federation found that farmers, ranchers and people in rural areas are more comfortable talking about mental health with others, and stigma around getting help or treatment has decreased but is still an issue – especially in agriculture.

It is important for farmers/farm workers and those close to them to observe any changes in mental health, look for early warning signs of trouble, and seek help.

Read about resources on mental health and farm workers from GPCAH. 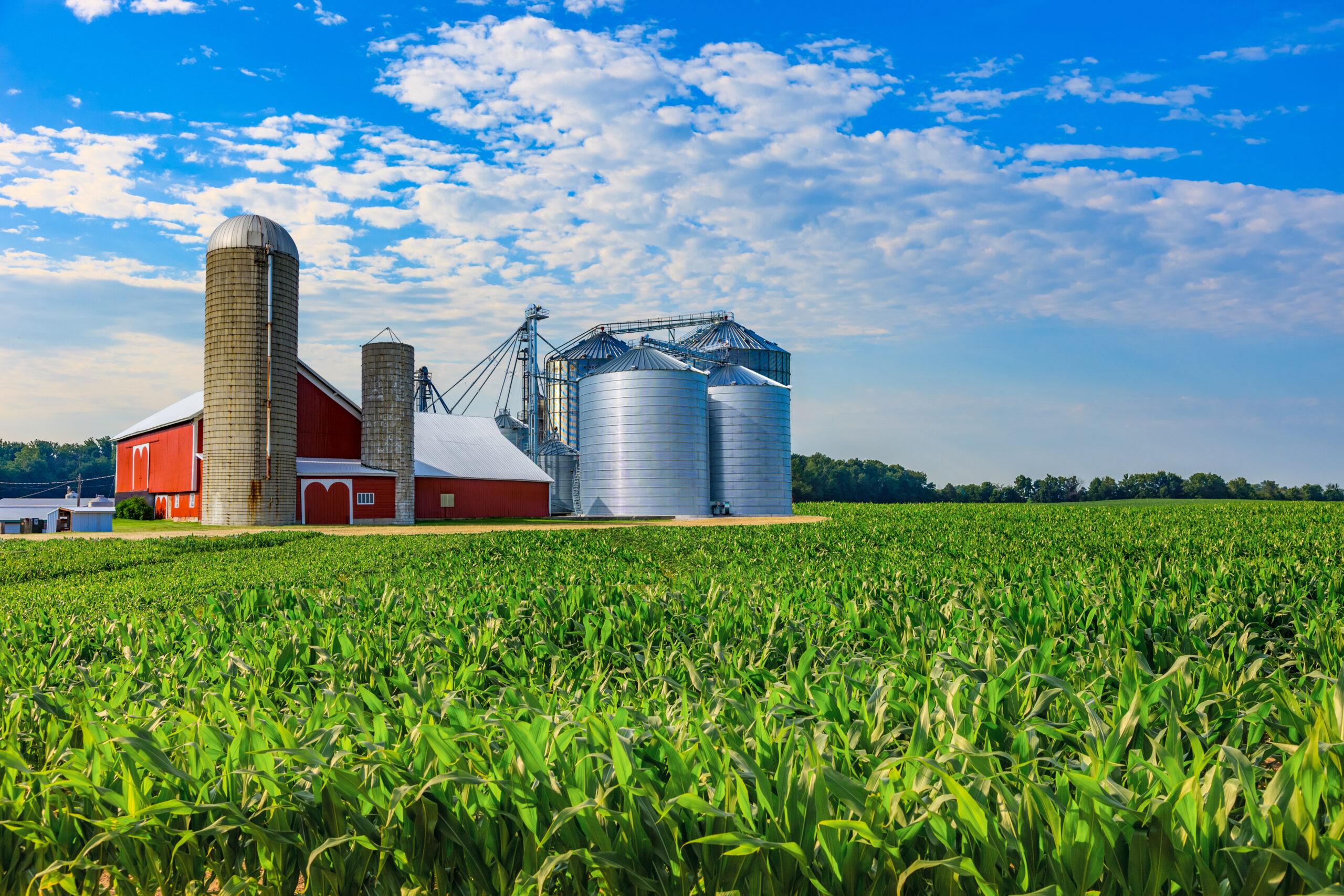 Farm activities around grain handling and storage put people at risk for entrapment and suffocation in grain which can happen in only a few feet of grain in a grain bin/silo or outdoor grain storage pile. Grain engulfment and entrapment incidents are rising from record harvests, larger storage facilities, and equipment that moves grain faster.

Most incidents, which can turn deadly quickly, happen when farmers/workers enter the bin to check the condition of the grain or work to solve grain flow or equipment malfunction.

The dangers of handling and storing grain are highlighted in the fictional film Silo. 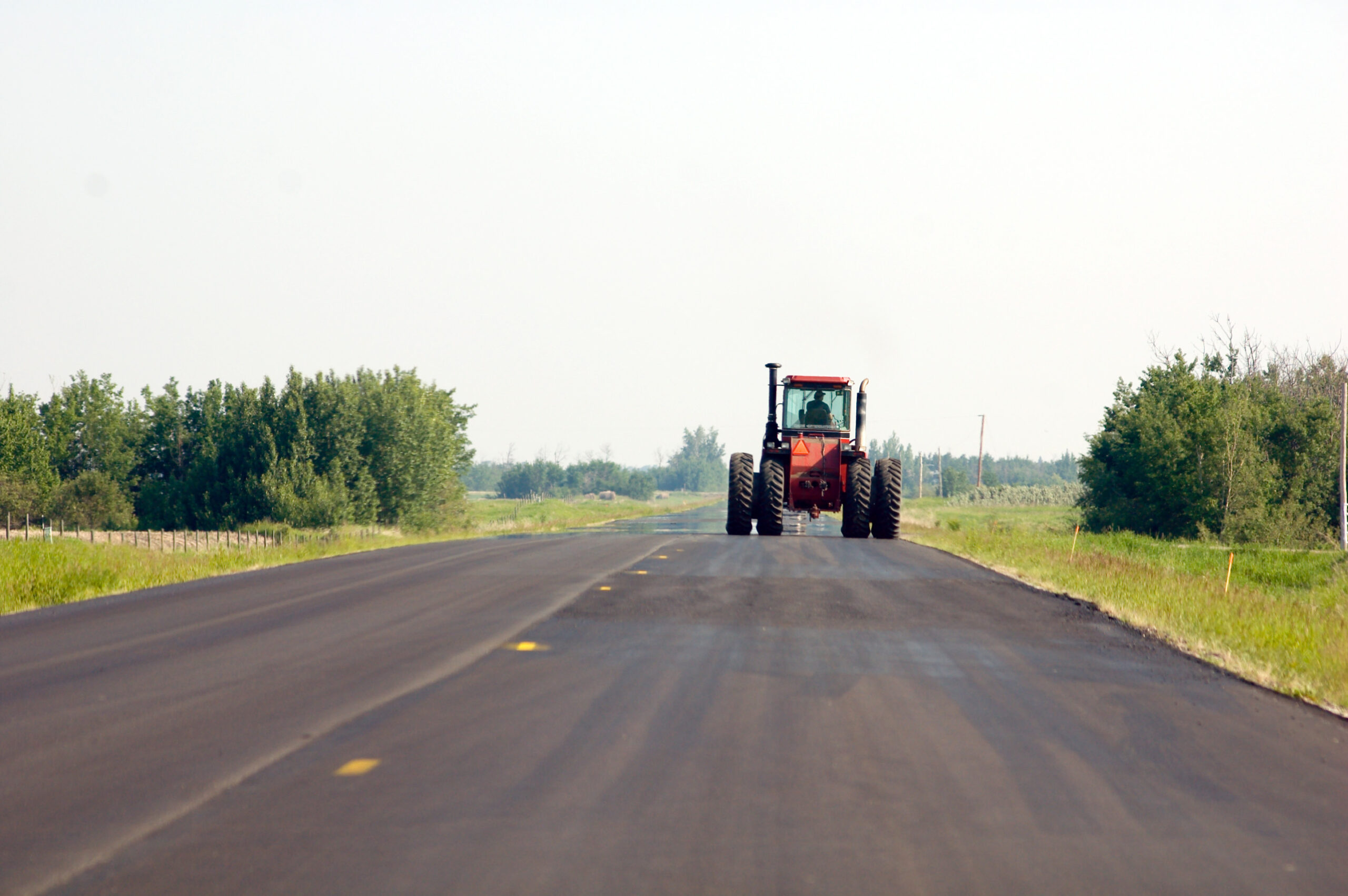 In farming states, urban sprawl around traditionally rural areas is one reason crashes between farm vehicles and non-farm vehicles are likely to increase. With drivers unfamiliar with farm equipment, they may not know how to interact with these very large and slow-moving vehicles on public highways.

However, alerting drivers with lights and markings on farm vehicles – such as the taillights and slow-moving vehicle emblems – is one strategy that researchers found is helping. A nine-state UI study showed that stronger state policies on the lighting and marking of farm equipment is associated with reduced crash rates involving farm vehicles and could decrease such crashes by over 50%. Following this research (in 2016), the U.S. Department of Transportation adopted the ASABE (American Society of Agricultural and Biological Engineers) lighting standard to reduce crashes with farm vehicles nationally.

UI researchers are currently analyzing results of the first study to use vehicle and roadway GPS and video technology on farm vehicles to examine interactions between farm equipment and non-farm vehicles on Iowa roadways. This study is informing messaging for safety campaigns.

Online learning modules on health and safety from GPCAH