Motorcycle-involved crashes accounted for a little less than 2% of all crashes on Iowa roads each year from 2014 – 2018.

However this percentage is high, said State Safety Engineer Jan Laaser-Webb at the Iowa Department of Transportation (Iowa DOT), considering motorcycle use represents a very small portion of the traveling public in Iowa.

“Even more alarming is that motorcycles were involved in over 16% of the total fatalities and serious injuries [from all crashes] within the state between 2014 – 2018, with more than a quarter of motorcycle-involved crashes resulting in a serious injury or death,” she said. 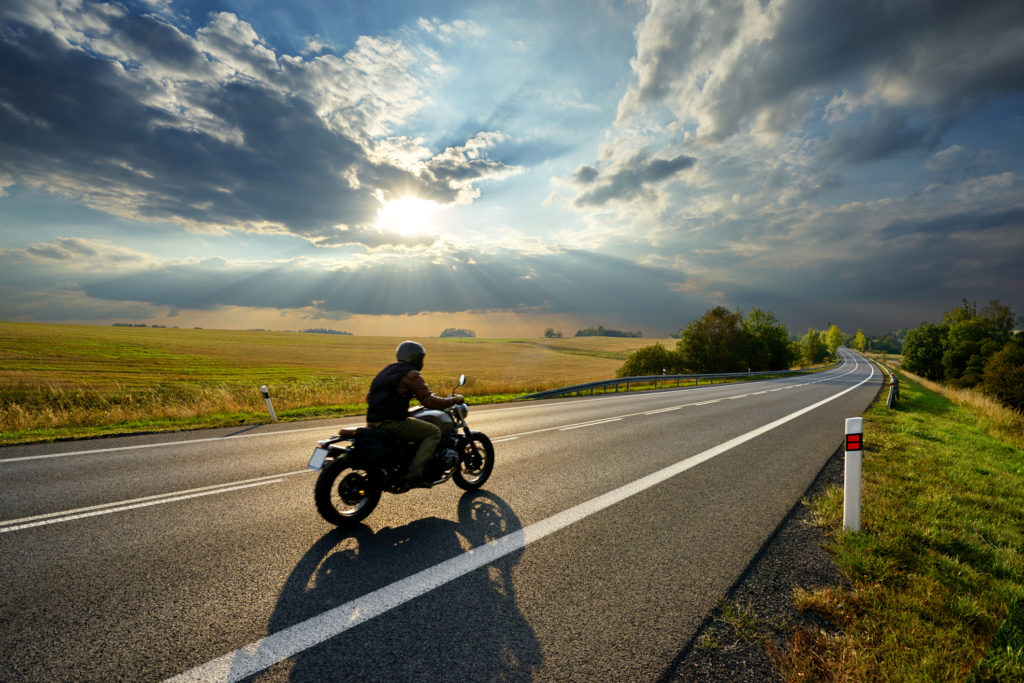 The percentage of motorcycle deaths and serious injuries in the state is significant because motorcycles aren’t on the roads all year long.

Iowa DOT Safety Planner Samuel Sturtz said, “This [percentage] is despite the fact that motorcycle use is typically constrained to warm weather months in Iowa.”

Sturtz and Laaser-Webb agree drivers need to be vigilant and aware of motorcyclists on the road, especially in the spring time when the warm weather brings them out.

“We need to encourage Motorcycle Rider Education programs and courses for both those new to motorcycle riding and those coming back to it after an extended time off the bike,” Sturtz said. “We also need to educate and encourage riders to use lifesaving and protective equipment while out on the roads.”

Laaser-Webb said wearing a Department of Transportation- certified helmet is one of the most important steps motorcyclists and their passengers can do to help protect themselves.

“Wearing a proper helmet can reduce fatal injuries to riders by 37%,” she said. “Motorcyclists should wear bright-colored or reflective clothing to help make themselves more visible to other drivers on the road.”

Iowa is one of three states in the U.S. (also NH & IL) that doesn’t have a law requiring the use of motorcycle helmets. Twenty states require a helmet for all riders and the remaining require it only for younger riders.

Hamann’s research found that motorcyclists who crashed but didn’t collide with a vehicle had a higher number of charges in the three years preceding the crash compared to motorcyclists who did have such a collision.

“We hope that results from this study can help us target education and policy-based interventions to the highest risk drivers to prevent motorcycle crashes,” Hamann said.

Sturtz said as a state the first thing we can do to reduce the number of motorcycles deaths and serious injuries is to ensure we are educating both drivers and motorcyclists.

“Ultimately, I believe advances in vehicle and motorcycle safety technology will help drive down those numbers but it starts with education,” he said.

See this interactive tool about Iowa motorcycle crashes from the Iowa State University Institute for Transportation (sponsored by the Iowa DOT).