Last September, the University of Iowa Injury Prevention Research Center (UI IPRC) gathered over 30 stakeholders from over a dozen fields across Iowa to discuss actions to reduce drug overdoses in the state.

The stakeholders identified priorities to address overdoses and then voted on their top ones through an online survey.  Their top five recommendations are highlighted in a new report, Policy and Program Recommendations to Reduce Overdose Deaths in Rural Iowa, published on the UI IPRC website. 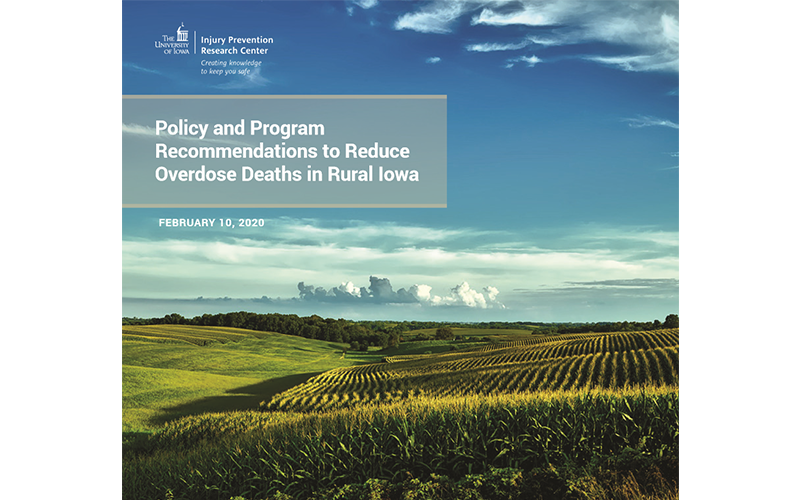 Stakeholders identified the need to:

This report builds upon a previous successful UI IPRC project funded by a grant from the National Center for Injury Prevention and Control at the Centers for Disease Control and Prevention (CDC). In 2017, the UI IPRC gathered Iowa stakeholders to identify policy and program priorities to address prescription opioid concerns in the state.  The five stakeholder recommendations were highlighted in a 2017 report and presented to a state legislative committee tasked to evaluate the opioid issue in Iowa and make recommendations to Iowa Governor Kim Reynolds.

In May 2018, Governor Reynolds signed the “Opioid Bill” (HF 2377) that mandated prescriber use of the Prescription Monitoring Program, strengthened prescriber education requirements on prescribing for chronic pain, and included a Good Samaritan Law.

Opioid-related overdose death totals in Iowa remain lower than the national average, and overdose deaths in the state decreased from 206 deaths in 2017 to 137 deaths in 2018. However, death rates involving prescription opioids, heroin, and synthetic narcotics such as fentanyl all increased between 2014 and 2017.

Iowa Public Radio: How to get ahead of the opioid epidemic in Iowa.