According to the CDC, one in every five children under the age of 15 killed in traffic crashes are pedestrians.

Among the dangers for teen and young child pedestrians are distracted walking (i.e., from headphones and texting), unsafe crossings, increased roadway traffic, and larger vehicles. Most pedestrian deaths occur in urban areas. However, rural roads pose a unique hazard to children, with high-speed drivers and less lighting and sidewalks.

Elizabeth O’Neal, a postdoctoral research scholar at the UI Department of Psychological and Brain Sciences, uses developmental science and real-time virtual environments at the Hank Virtual Environments Lab to safely study child road crossing behaviors and parent conversations with their children around road safety. O’Neal has worked with the University of Iowa Injury Prevention Research Center (UI IPRC) since her time as a PhD student.

Here she talks about how children of different ages cross streets, the influence of peers while crossing, and how parents can help teach safer crossing behaviors. 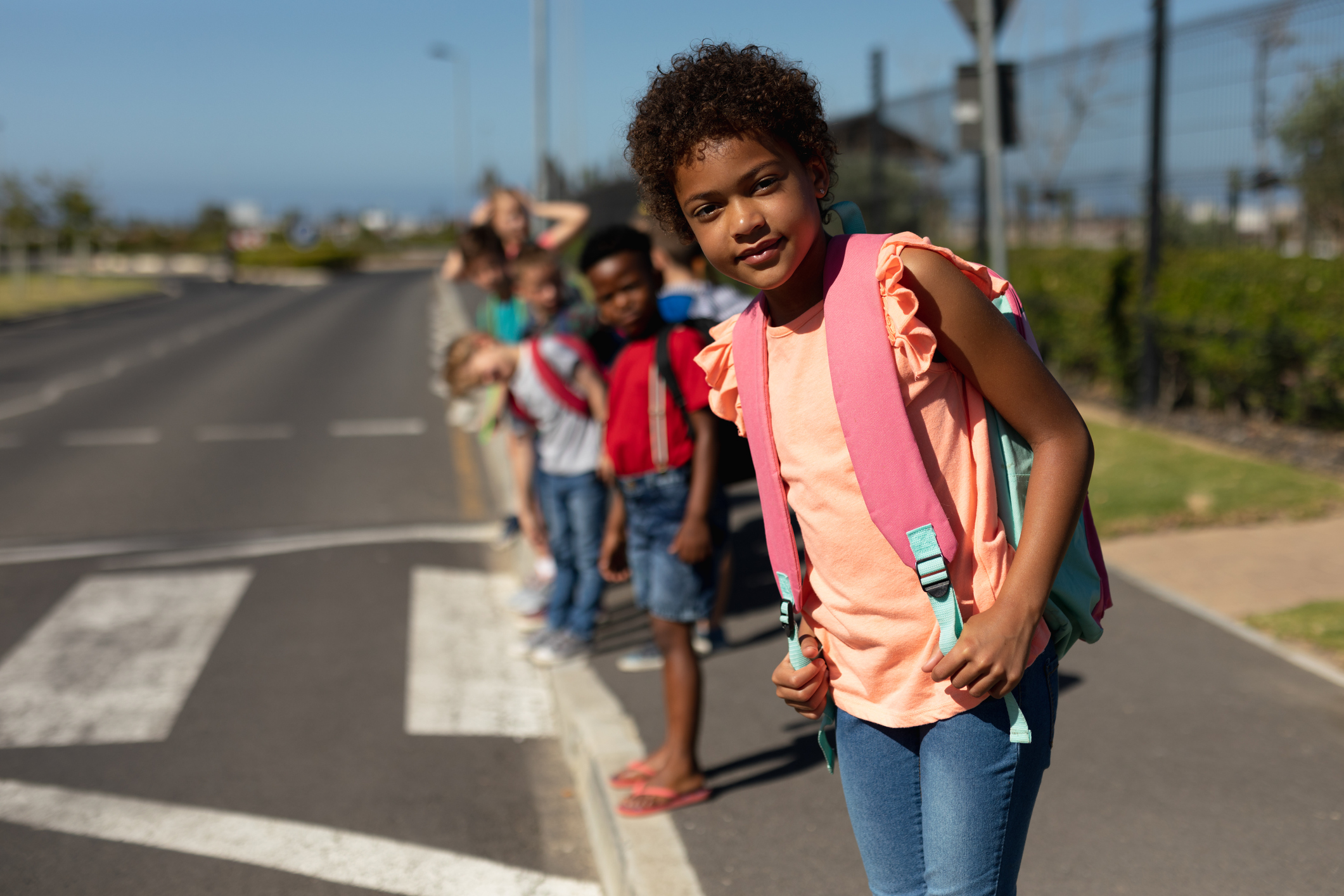 1. What does your research show about the parent’s role in preventing child pedestrian injuries?

A very small body of work on how parents teach children to cross roads indicates that parents model good crossing behavior, but rarely use everyday road crossings as teachable moments. However, this work relied on what parents were reporting and didn’t capture what they were actually saying to their kids.

Our recent study used a virtual environment to study these interactions in real-time. We found that children’s road-crossing performance improved significantly when parents let kids know which gap in traffic they planned to cross before it arrived at the crossing point. This makes sense given what we know about how children time their entry into the roadway: Children take more time to enter gaps in traffic, which means they have a smaller margin of safety between themselves and oncoming traffic when they exit the roadway.

Children in our study were able to prepare their movements in advance when parents told them which gap to cross prior to its arrival at the crossing point. This preparation led to significant improvements in how quickly the children cut in behind the lead car in the traffic gap, which increased their margin of safety. Interestingly, how parents and kids use this strategy varies by age, with older kids taking the lead and communicating acceptable gap choices to parents. Unfortunately, parents and kids used this strategy on less than 30% of crossings, so there is definitely room for improvement. 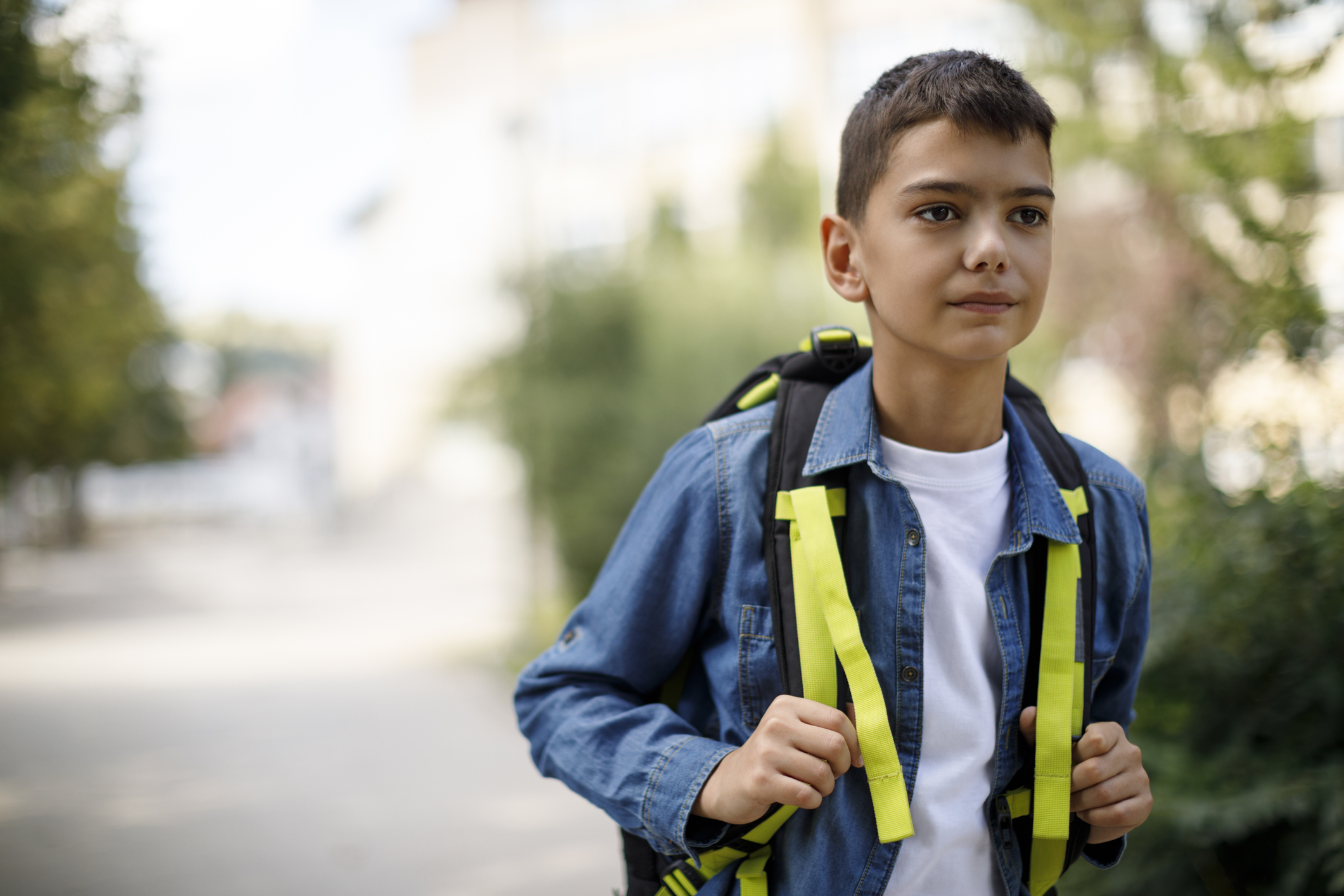 2. How well do younger children safely cross the street compared to older children? Which children are at greater risk?

We looked at road-crossing skill across two dimensions: decisions and actions. Decisions have consequences for how actions (i.e., movements) should be executed and vice versa.  For example, children must choose a gap that is large enough to accommodate how quickly they can cross the road. A crash could happen if they choose a gap that is too small or don’t time their movements into and out of the roadway appropriately. Our work has shown that understanding child development is important to understanding and improving children’s road-crossing skills.

When crossing roads in our pedestrian simulator, the youngest kids (6 years old) are at greatest risk, while the oldest kids (14 years old) look just like adults in their crossing behavior. We see improvements in both gap decisions and movement timing at each of the ages we studied. The most interesting finding in our study was what the 12-year-old children did. They delayed their entry into the roadway relative to adults – similar to what the younger children did.

In theory, this delay should leave them a smaller margin of safety between themselves and the tail car in the traffic gap they chose to cross. However, the 12-year-old children, unlike the younger children, chose larger gaps for crossing compared to adults. This increase in gap size selection made all the difference for these kids and they ended up with the same margin of safety as adults. So despite not being able to time their movements as well as adults, 12-year-old children can adjust their decisions to match their movement capabilities.

3. Are there more risks for children walking in pairs or groups to cross a street?

Yes, being with peers makes risk-taking more rewarding and suppresses teens’ abilities to inhibit poor decisions. When in the presence of or interacting with peers, the socio-emotional network in the brain takes over. This network likes excitement and rewarding activities! Unfortunately, it also suppresses the already immature cognitive control network (i.e., the part of your brain that helps you make good decisions). When crossing roads in our study, pairs of 12-year-old friends chose similar gaps to those chosen by a single crosser. However, they should have chosen larger gaps in order to accommodate the movement of two people through a traffic gap.

4. What research are you working on next?

I am expanding my work on parent-child conversations about safety into several new and exciting directions. I am beginning to examine differences in what these conversations look like between moms, dads, sons, and daughters. We know that gender has a big influence on injury risk, but we know very little about how gender differences may be shaping how parents are socializing safety values in their children. Additionally, I just received a K99/R00 award from the National Institute for Child Health and Human Development (NICHD) to develop a parent-focused intervention to improve teens’ ability to detect potential hazards on the roadway.

Read about other innovative technologies at the University of Iowa to study injuries.